Envision Burlingame was a robust, community-driven process that included multiple community workshops and surveys, engagement with local high schools and colleges, a Community Advisory Committee (CAC) that met 18 times over the three-year process, and extensive input from the Burlingame Planning Commission and City Council. The following summarizes the meetings, interviews, surveys, and other events that took place between March 2015 and December 2018.

At the outset of Envision Burlingame, the project team conducted stakeholder interviews with members of the City Council, Planning Commissioners, business owners, residents, and others interested in Burlingame’s plans for the future. This important step in the General Plan process provided an opportunity to understand the Burlingame community, identify desired project outcomes, and gain insight into issues, assets, and opportunities. Stakeholder sessions continued throughout the process to gather feedback as different policies and concepts emerged.

The project team held a series of neighborhood intercept surveys in June 2015 in Burlingame’s most popular commercial areas to gather information and spread awareness about the process. Members of the project team invited people to participate in an interactive exercise that asked them questions about Burlingame using printed poster boards and “voting” stickers. This approach engaged all age groups—especially families with young children—and allowed for informal and educational discussions. 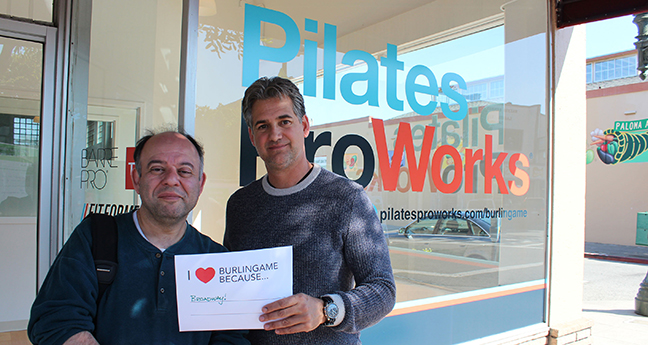 The Community Advisory Committee (CAC) was established by the City Council early in the process to advise the project team throughout development of the General Plan. Members included representatives from a variety of organizations and perspectives, including neighborhood groups, business groups, transportation and housing advocacy groups, and environmental organizations, as well as residents representing a range of perspectives and ages. The CAC acted as a liaison to various Burlingame stakeholders, made recommendations to the Planning Commission and City Council, and reviewed draft General Plan chapters. 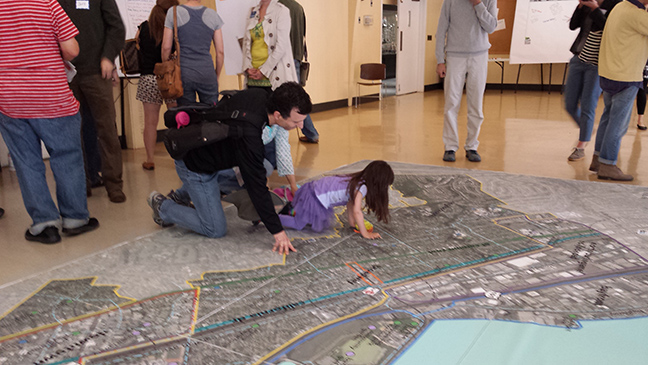 In February 2016, a group of UC Berkeley graduate students learning about community and stakeholder engagement held an outreach event at the Burlingame Caltrain station. The focus of this event was to engage commuters and young professionals about their thoughts and perspectives related to the future vision for the City. The students produced a video of their interviews and a summary of their findings.

Between January and May 2016, students in a Burlingame High School architecture class identified planning and design ideas for new uses along Burlingame’s Bayfront. The process included a walking tour of the Bayfront area, as well as mapping and designing potential development projects along the waterfront. Students had an opportunity to present their ideas at Community Workshop #2.

In May 2016, the City hosted the second community workshop for Envision Burlingame. It was structured similarly to Community Workshop #1, as an open house event in which community members could drop in to review and comment on potential land use and circulation alternatives for key study areas. Participants were given a workbook with specific questions to provide feedback. Burlingame High School students also had an opportunity to showcase their ideas for the Bayfront. For community members who were unable to attend the workshop, an online survey was available which corresponded directly to the workshop materials and workbook. In total, over 240 people participated in the workshop and online survey. 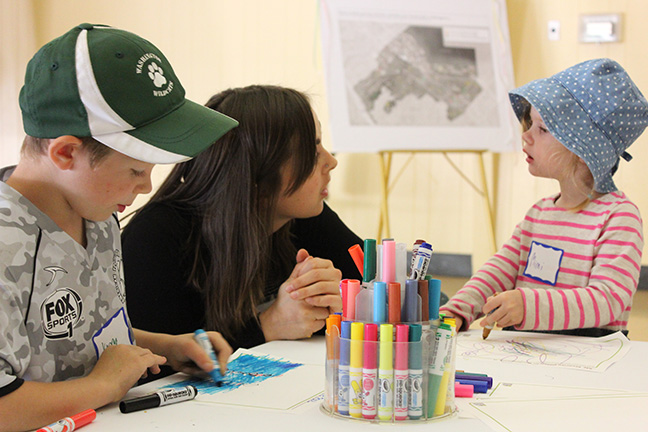 During the Spring 2017 semester, students in an Urban Studies and Planning senior seminar at San Francisco State University worked on a project for the North Burlingame/Rollins Road area, which had been identified by the community as an area for an arts and innovation district including live/work units. The students provided a range of ideas for housing, commercial, and arts uses in the area, and presented their projects to the CAC in May 2017.

The Planning Commission held a study session on July 13, 2016, to discuss the emerging land use concept, population and employment projections, and community engagement input. Input and direction from the Planning Commission was used to refine key policies and concepts for the draft plan. Once the draft General Plan had been prepared, the Commission held study sessions in the summer and fall of 2018 prior to conducting formal public hearings.

The City Council held study sessions on September 7, 2016 and December 7, 2016 to discuss land use alternatives, population and employment projections, housing, and community engagement input. The outcomes of these study sessions were direction to the project team on the preferred land use alternative and growth scenario. As part of its annual Spring joint meetings with the Planning Commission, the Council included the General Plan as an agenda item (in 2016, 2017, and 2018). Like the Planning Commission, the Council also conducted an informal workshop to review the draft General Plan precedent to formal public hearings in late 2018. 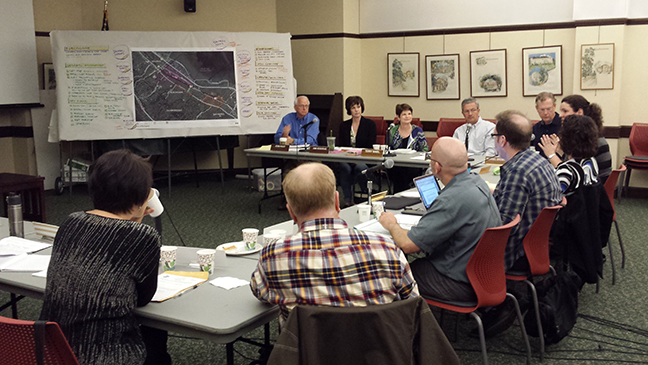