Situated on San Francisco Bay and framed by the Santa Cruz Mountains, Burlingame has benefited from the scenic beauty of its surroundings and a location central to the Bay Area. It is a city with the charm and community spirit of a small town, combined with an urban culture and the amenities of a metropolitan area. These assets are what made Burlingame a popular destination from its earliest days.

With the opening of the Burlingame train station in 1894, the route from San Francisco became convenient and easy. By the turn of the century, the area featured many estates owned by San Francisco families drawn by the close proximity to that city and who looked to escape San Francisco’s fog-bound summers. The young city also had more compact neighborhoods of modest bungalows where a thriving working class lived. This economic diversity has been an asset and source of community pride almost since the city’s incorporation in 1908.

During the early twentieth century, Burlingame developed as a quintessential commuter suburb, with neighborhoods organized along compact grids of tree-lined streets. Most of Burlingame’s housing stock was developed between the 1910s and 1960s. Residential growth occurred as a result of new subdivisions, with large estates divided into smaller lots and developed over time. The older neighborhoods are characterized by homes built by individual developers, while later subdivisions have homes built en masse by merchant builders. As a result, the City has a unique character created by the diversity of architectural styles found within its neighborhoods.

In the latter half of the 20th century, growth was spurred by proximity to San Francisco International Airport, with business and industry developing along the Bayfront and residential neighborhoods developing in the hills of the Mills Estate. Since the completion of the Mills Estate neighborhoods in the 1960s, the City’s population growth has been relatively modest. New development over the decades between 1960 and the 1990s consisted largely of commercial development or relatively small-scale residential infill projects. The land use policies of the 1969 General Plan guided this development and the creation of several specific plans to implement General Plan land use directives. 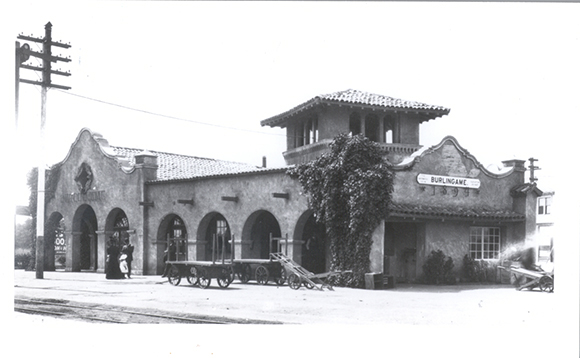 Much of Burlingame’s charm comes from its historic character, which includes historic buildings and entire neighborhoods, as well as its distinguishing eucalyptus groves. As of 2017, Burlingame had six officially designated and historically significant resources. Burlingame Station, the original center of Burlingame, continues to serve train customers for commute trips. In its early days, it was home to the post office, the offices of Wells Fargo Express, Western Union, and meetings of the Burlingame Woman’s Club. In 1978, the station was listed on the National Register of Historic Places (NRHP) as the first permanent example of the Mission Revival architecture style. In 1971, the station was listed on the California Register of Historic Resources.

The Kohl Mansion was added to the National Register in 1982. Built between 1912 and 1914, Kohl Mansion was originally the home of Fredrick and Bessie Kohl. The house was used as a convent, and in 1931, a high school was also opened on the property.

In 2012, the Howard Ralston Eucalyptus Tree Rows planted as an ornamental windbreak by John McLaren in the 1870s along El Camino Real were added to the National Historic Register. The Howard Ralston Rows span 2.2 miles along El Camino Real between Peninsula Avenue and Ray Drive and are within the State Highway 82 right-of-way belonging to Caltrans. Two additional McLaren eucalyptus tree rows—Francard Grove (Parcel 1) and Parcel II—run parallel to the railroad tracks on California Drive between North Lane and Larkspur Drive; in 2015, these were determined to be eligible for National Register listing. The Francard Grove south of Oak Grove has been designated parkland since 1910. North of Oak Grove, the tree rows occur on land owned by the San Francisco Public Utilities Commission and the Joint Powers Board.

Burlingame also has an Anza Expedition camp site. The Anza Expedition of 1776, on its way up the Peninsula to locate sites for the Presidio and Mission of San Francisco, camped on March 26 at a dry watercourse near the current corner of El Camino Real and Ralston Avenue. The California Historic Landmark No. 48 marker can be found at the El Camino Real/Howard Avenue intersection.

The William A. Whifler House at 1544 Drake Avenue added to the California Register of Historic Places in 2015, and listed on the National Register of Historic Places in 2016. Built in 1959, the house cantilevers over a small creek, and was built on the site of a large formal garden that was parceled off from architect William Whifler’s childhood home. Soon after its completion, the home became renown for its use of steel, concrete, and glass. The building has undergone no modifications since construction, and is in pristine condition with high historical integrity. 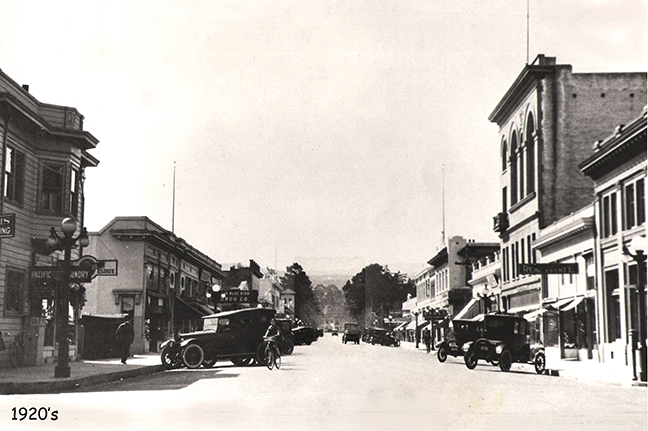